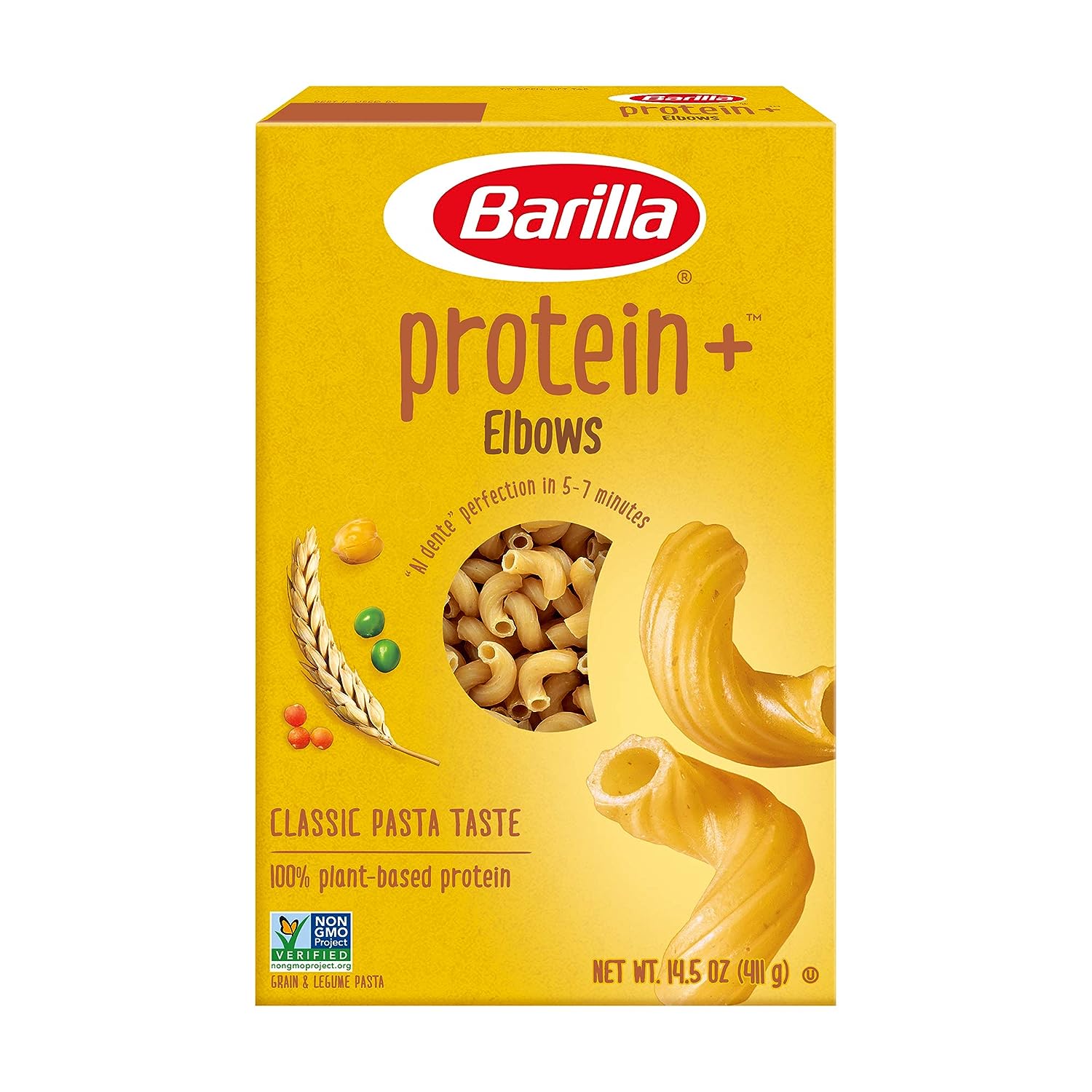 Made simply with delicious golden wheat plus protein from lentils, chickpeas, and peas,Â BARILLA Protein+ (Plus) Â provides a good source of protein for the whole familyâwhile keeping the classic pasta taste and texture your whole family loves! BARILLA Protein+ Elbows is a delicious multigrain pasta made with simple ingredients like semolina and durum wheat as well as protein-rich lentils, peas and chickpeas. A good source of lean protein, make Protein+ a part of your next healthy, nutritious pasta meal! Protein+ is made with non-GMO ingredients. Elbows, also known as "Gomiti" in Italian, is named for its twisted tubular shape. Pasta elbows originated from Northern and Central Italy, where they are traditionally used in soups. The BARILLA Protein+ version is ridged with an extra twist, giving it a more sophisticated shape that also helps to hold sauce. This fun shape is perfect for your favorite macaroni amp; cheese, summer pasta salad, baked pasta dishes, or tossed with your favorite dairy (like butter and cheese) or tomato-based sauces.

It was expected that many southern Queensland regions would be too cold for fall armyworm (FAW) (Spodoptera frugiperda) to survive. However larval populations were found in the South Burnett and Lockyer Valleys, and small numbers of moths were also detected in pheromone traps on the Darling Downs this winter. Caterpillars and moths in the South Burnett In July, larvae were… New Era Boys' 11405624