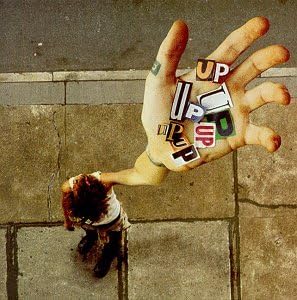 Whereas on Little Plastic Castle Ani DiFranco questioned her public image in song, here the fiercely independent singer/songwriter turns away from stardom's beckoning questions to further explore her emotional balance. "Angry Anymore" is a back-porch country song (with banjo and accordion) about coming to terms with a turbulent adolescence. "Everest" floats by as a reverie of spiritual rejuvenation. Most effective is "'Tis of Thee", which deals with racial injustice. The politics are oversimplified, but the melody is one of DiFranco's strongest. She even funks it up on the extended drum-machine-driven jam "Hat Shaped Hat". But while DiFranco enjoys playing around ("Know Now Then" features a "space phone" vocal), she's strongest when most contemplative, as the title track bears out. Backed by organ, piano, and guitar, she espouses this grand truth: "Half of learning how to play / Is learning what not to play." In her quietest moments DiFranco is living proof of simplicity's great power. --Rob O'Connor

It was expected that many southern Queensland regions would be too cold for fall armyworm (FAW) (Spodoptera frugiperda) to survive. However larval populations were found in the South Burnett and Lockyer Valleys, and small numbers of moths were also detected in pheromone traps on the Darling Downs this winter. Caterpillars and moths in the South Burnett In July, larvae were… QUZHCP Portable Washing Machine, Portable 2-in-1 Washing Machine