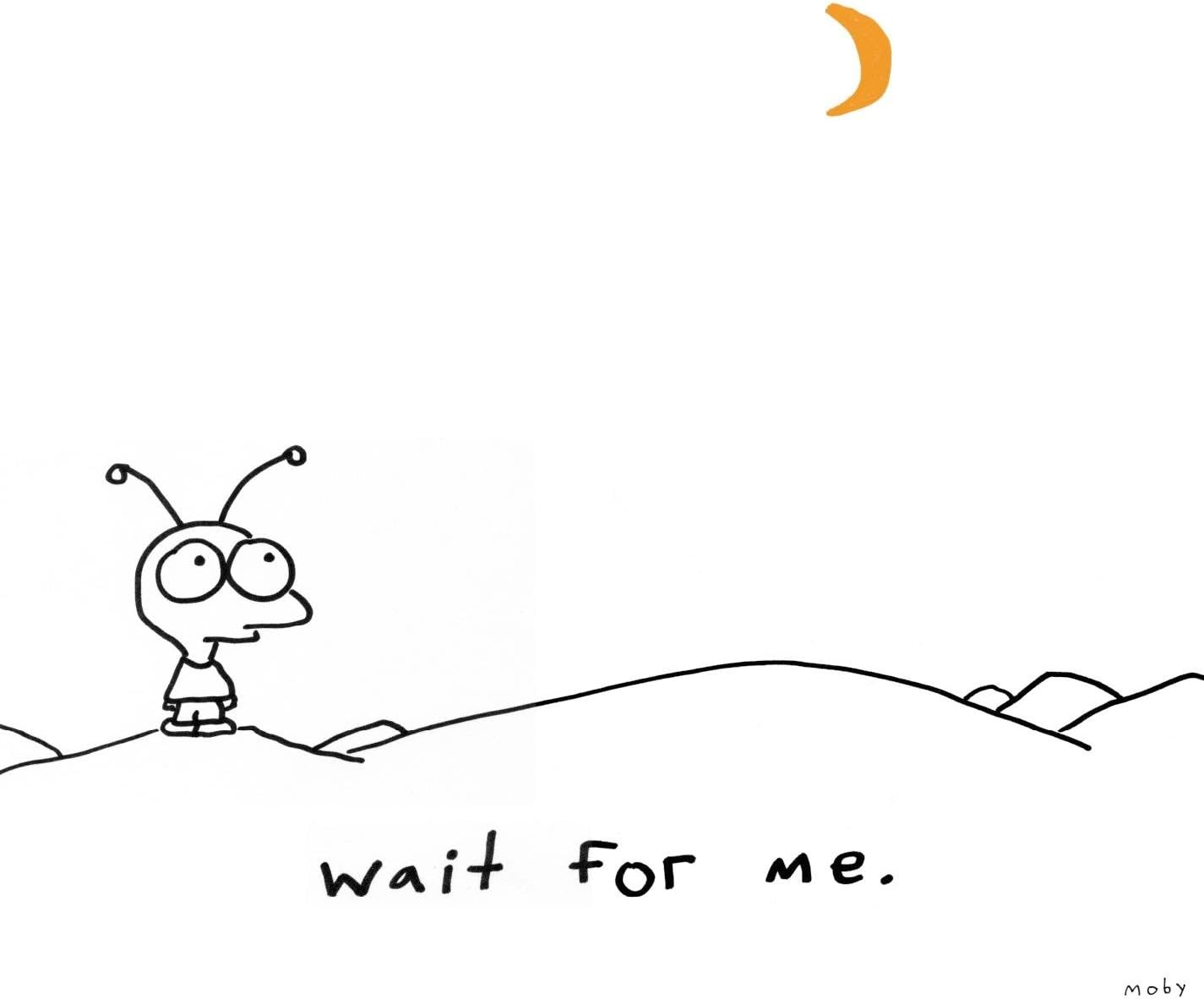 Inspired by a David Lynch speech about creativity, Wait For Me was recorded in Moby's studio in the Lower East Side of New York and features a whole host of local singers guesting on the record. A more melodic and personal record than Moby's previous work, the album features the single (given away for free) "Shot In The Back Of My Head"--the video to which was directed by David Lynch himself.

Moby claims his ninth album was inspired by a David Lynch speech about how creativity for its own sake is a good thing. This disregard of commercial necessity may seem unlikely for the popular dance guru who allowed every song on 1999's Play to be used on an advert, TV or film soundtrack, but he mostly sticks with the game plan.

Yet when the world's most famous vegan is not recycling his own work Wait For Me is an elegant, thoughtful record. Shot In The Back Of The Head features lurching backwards loops and desert-noir guitar wailing; Mistake sees our man vocally mimic a NYC neighbour amid early REM longing; while Scream Pilots pairs Bruce Kaphan and Brian Eno's panoramic soundscapes in tender fashion.

Commendable as it is for Moby to take the hit-eschewing road, the 16 tracks here are epitomised by Isolate, a slightly woozy Boards of Canada-esque number that trots along as pleasantly and inoffensively as an afternoon country stroll.

It would have been more fun to hear the bod who made the killer rave anthem Go take on dance music again. Better still, he could've taken things properly Lynchian and made the entire album a nonsensical dream sequence with a backwards-talking dwarf on it. --"i"Lou Thomas

If you’ve ever wanted to dip your toes into the world of calcium reactors, you may have thought that the price of a reactor itself is not that bad, but the costs…

It’s not often that we write about a product twice before we’ve even set eyes on it but Nyos has forced our hand. At first it seemed like the Torq would be a simple curiosity among media reactors with some interesting…

Reef Delete is a creative new approach for the eradication of aquarium pests and parasites which doesn’t use any chemicals or injection techniques to get the job done. Unlike consumable solutions of kalkwasser, lye, paste or any number of potions…

There was a time when most of us were certainly very content to see any Euphyllia coral in a bright shade of green, but the last fifteen years have revealed a rainbow of colors we never knew existed. More discerning collections…

The Reef Factory pH Meter is one of the newest and modest modern pH monitoring solutions to arrive in the aquarium hobby in a very long time. As important as pH is in all types of aquariums, it’s quite surprising…

The biggest challenge in reef keeping is keeping the alchemy of light, flow, nutrients and chemistry stable for long enough that corals grow to an appreciable size. But once corals really take off, our favorite part of reefing is grooming and…

Anthias are a diverse group of quintessential pink and yellow marine fish which occur from the tropical shallows to the cold water depths of our seas. Many species of anthias are quite common and cheap, making great and hardy aquarium…

The InkBirdPlus Aquarium Heater is a heating element with some very interesting features but it doesn’t appear to be anything more than a private labeled product. Coming in at $28.99 for 300 watts this aquarium heater is made with a…

Tubastraea megacorallita is a fitting name for a coral that has been recognized in the aquarium for its very large polyps and accompanying corallites and has earned a very fitting common name. The ‘Fat Head’ Dendro has long been rumored in the…

The wide band anemonefish, Amphiprion latezonatus, is a rare clownfish which is endemic to a limited range in Australia. Beside the wide white bars, ‘Latz’ clownfish are also recognizable by their beautiful blue lips. This species is often found in…

Listen to the Reef Therapy Podcast

A sump is the life support system of a healthy saltwater aquarium. Some hobbyists may…

The biggest challenge in reef keeping is keeping the alchemy of light, flow, nutrients and…